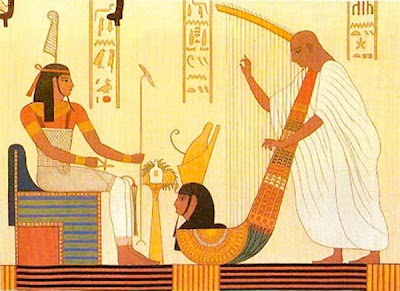 This day the light in harmony I see
My heart beckons a soulful plea
Hear I  the pulsing,  and known be my heart
From this embracing moment I shan't depart
In silent knowing,  faith's blessings be mine
In this presence is defined the markings of all time
Ceaseless and endless be this moment's splendor
When to harmony my will,  I lovingly surrender.

The harpist chants laudation of the Pharaoh before the god Shu,
symbolizing the space between Heaven and Earth,
who wears an ostrich feather headdress and holds a scepter Was,
symbolizing the power and domination, and the sign of life – The Key Ankh.

Tomb of Pharaoh Ramesses III, XX Dynasty, 1185-1070 BC, The Valley of the Kings, Western Thebes.
Sketch after James Bruce, Travels to Discover the Source of the Nile, 1813.
http://www.zwoje-scrolls.com/zwoje39/text07p.htm

Posted by Rose Marie Raccioppi at 1:22 PM No comments: 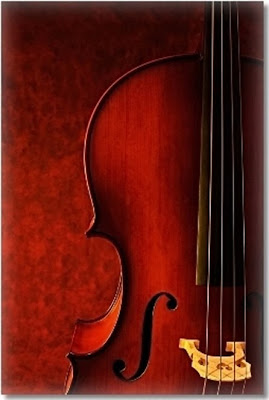 Keys and strings
The splendor of sound
Heart and spirit ever to resound
Blessed be the muse, the music sublime
Creation's call known in sounding divine
Heard be the winds and the rolling waves of sea
Tender the touch, deep passion in mounting plea
Bloom and petals alight in frivolity play
To the awakened reverie I do pray
Lilting sentiments resonant and real
The muse, the music, the soul to reveal.


"From the glow of enthusiasm I let the melody escape.I pursue it. Breathless I catch up with it. It flies again,I seize it. I embrace it with delight.
I multiply it then by modulations,
and at last I triumph in the first theme. There is the whole symphony." ~~Beethoven's poetic quote

Posted by Rose Marie Raccioppi at 10:34 AM No comments: 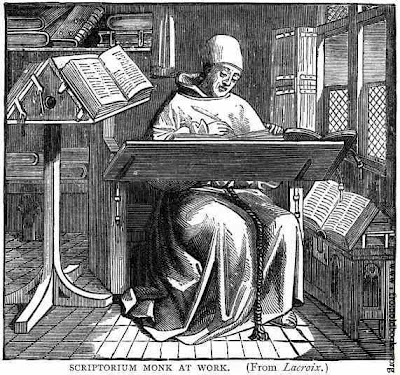 Such spirit infused with posts shared this day.  An accord among those whose work is of the child... that of self and that of life born new... and so this I share... the word within our hearts ... let our resolve ever be guided by the Being known as ...


Yes, each letter speaks the calling of the WORD... blessed BE. I too, in heartfelt expression and in PRAISE hold to ...

the Wondrous
the Oneness
in.. Revelation
the Divinity
in.. Spirit...

and so BE they too, the artistry of the pulsing heart.

Posted by Rose Marie Raccioppi at 2:38 PM No comments:

Of a Summer Night 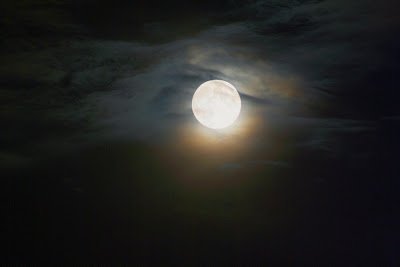 Of a Summer Night

entrancing be this rhythmic sounding
the night in its captivating calls
crickets in mystical orchestration
the air still and alluringly warm
seductive be this darkened vista
bewitching light of the brilliant moon
corona of jeweled tones luminous
this the rapture of a summer night. 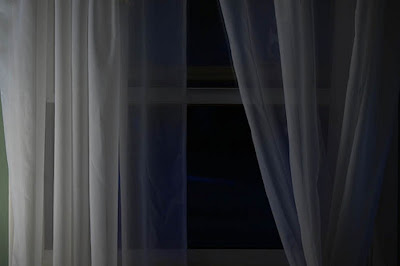 the feel and the sound
sweet sentiments of the night
the open window.


heard are the crickets
night melody of summer
gentle winds of grace.


embrace of spirit
echoes of serene stillness
ONE and PRESENCE known. 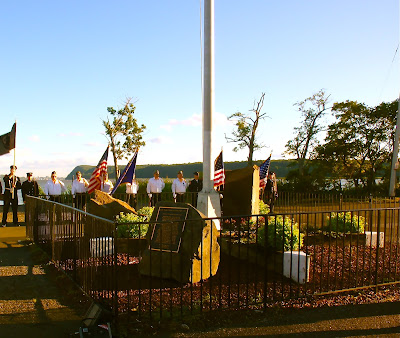 The sun brilliant in the lambent sky
White clouds as threads of silk up on high
Warm winds blow and sound their whispers sweet
Valor and gratitude within hearts to meet
In reverent celebration of OUR VETERANS, their sacrifices made
To defend our freedoms and liberties our founding fathers laid
Battlefields call to freedom's quest with divinity and a vision clear
And so blood and life sacrificed for liberation held dear
Mankind in freedom, ever in vision, ever in need
This a memorial, an odyssey of timeless creed.

Gratitude to Jerry Donnellan, Director of RC Veterans Service Agency for having made this Commemorative Event move from a vision to a shared and present reality... Rose Marie Raccioppi

The JOY and HONOR of the Commemoration Prevails... the Gratitude to OUR VETERANS ever held in heart ... they, OUR VETERANS, in PRAISE... Gratitude to Jerry Donnellan, Director of RC Veterans Service Agency for having made this Commemorative Event move from a vision to a shared and present reality... Rose Marie Raccioppi

Camp Shanks Anniversary Tribute, 1943 - 2013 and V-E Day ... Rose Marie Raccioppi introducing the commemorative poem she authored inscribed in bronze, standing now as the new monument in Tribute to OUR VETERANS.
— at Piermont Pier.
~

“To the village of Piermont, the Pier is almost hallowed ground,” Sanders said at the unveiling of a new plaque at the Pier honoring Camp Shanks.

Before going overseas during World War II, soldiers stopped in Orangeburg’s Camp Shanks. Serving as an embarkation camp, it processed approximately 1.3 service personnel, and was dubbed “Last Stop USA.” The pier served as a docking point for ships that would carry the young men on the long journey to war.

Wednesday at 6:30 p.m., a crowd gathered at the end of the Piermont Pier for the début of a plaque that commemorates the 70th anniversary of the creation of Camp Shanks. The organizers chose August 14 for the unveiling as Japan surrendered to the Allies 68 years ago on that day.

“This was the last piece of ground many Americans saw before leaving for war,” said Jerry Donellan, who was instrumental in building the Camp Shanks museum and serves as the Director of Veteran Affairs for Rockland County. “Right where we’re standing, those troops passed, many of them never to return. Those who did return, we’re seeing fewer and fewer as they fade from our sight.”

Raccioppi was not only there for moral support, but she also wrote the poem that was inscribed in the plaque.  The last line of the poem read, Memory of each life gone never to fade, Live we life’s blessing for sacrifice made.

When presenting her poem to the onlookers, Raccioppi was determined to honor and thank those in service. She began her speech with a quote from Joshua Lawrence Chamberlain, a Civil War Union officer who received the Medal of Honor.

“Heroism is latent in every human soul,” Raccioppi said. “However humble or unknown, they (the veterans) have renounced what are accounted pleasures and cheerfully undertaken all the self denials. Privations, toils, dangers, sufferings, sicknesses, mutilations, life.”

In addition to quoting Chamberlain, Raccioppi her own thoughts.

“Each war, each battlefield, each sacrifice, and here we stand with freedom still,” Raccioppi said.

Sanders shared a similar sentiment with Raccioppi, feeling that the Pier not only represents Camp Shanks, but all soldiers who have lefts U.S. soil.

“For me, the pier is not just a frozen moment in time, but the same embarkation that continued in Korea, Vietnam and now in the Middles East,” Sanders said. “ We don’t board ships from piers anymore. Soldiers say goodbye to their families and head to the airports. It’s the dedication that this pier represents.”

After the series of speeches, Jerry Donnellan called for a moment of silence, and the Color Guard held up their flags and marched away from the edge of the pier.

As the crowd began to disperse, John Kroll remained, staring at, and admiring the plaque.

Kroll, 88, and was drafted in the military 70 years ago. While he never went through Camp Shanks, he served in the navy in both WWII and the Korean War.

“I left when I was a kid, only 18. You never forget what you had to go through,” Kroll said.

Kroll can still remember helping Japanese children in Nagasaki after the atomic bomb was dropped. He admits to shedding a lot of tears both in Japan, and in the years since he’s been home. Seeing the plaque reminded Kroll of this pain, but it was also clear, that he felt great pride,

“It feels great to see this plaque here,” Kroll said. “Fortunately I was lucky enough to get home.”

Posted by Rose Marie Raccioppi at 6:36 PM No comments: 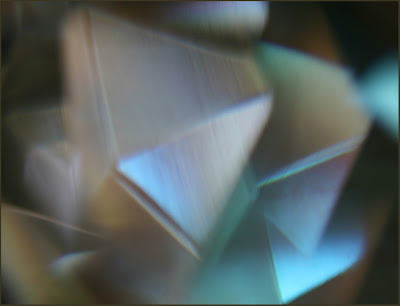 Pensive be the moment
Serene be this hour of twilight
An impending calm as the sun sets
A joyful interlude from the labors of day
A quietude prevails
Crystals in reflective splendor
Rapturous be this hour in light's embrace.

Posted by Rose Marie Raccioppi at 3:52 AM 2 comments:

Seduction and passion's plea
Longing and rapture in reverie
Fervor, spirit's luminous flame
Ablaze the soul calls its claim
Rueful reflection sounds its cry
Muse be summoned to answer why
Enfold yourself in the spark of creation
Now and eternal is all revelation
Brush stroke of color upon surfaces vast
Sculpture set by the artist to cast
Carving of stone with the hand divine
Drawing holding grace in shadow and line
The sounding heart and reaching hand
Music, music, echoes of God's command
Flaming heart of love and boundless fire
Know I of grace and incessant desire
Art, music, words in prose, words in rhyme
Playful musings of these passions mine.

Image credit: http://en.wikipedia.org/wiki/Hesiod
Posted by Rose Marie Raccioppi at 12:41 AM No comments: 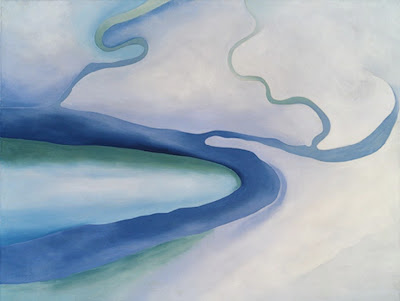 Primal rhythms
heard within the depths of me
The sound of cresting waves
breaking at sea
Babbling brook
a waterfall resounds
The feel of this heart
flow ever found
The sound of rain
drumming upon all to hear
Assuring be these gifts of water
banish loss and fear
Flowing, cascading, cresting,
luxuriant waters divine
The feel, the sound, the ebb and flow,
blissful breath mine.

.May the sounds of water, wind, and our hearts, be known
to ever hold the light of love and creation.

Thank You, Nicola Cali, for this beauty shared
.http://www.youtube.com/watch?v=LE1qEmu4jvw

Haiku in Triune ~ Waters of Divinity 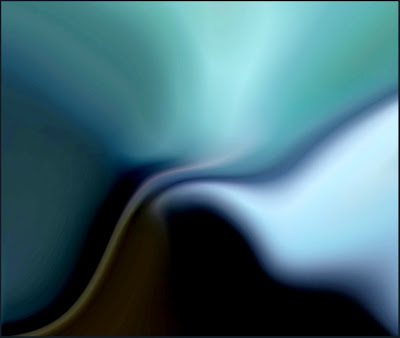 the roar of rapids
the resounding crest of waves
spirit's crescendo.

the babble of brook
the sweet surrender of streams
lakes in quietude.

rain in libation
waters of divinity
blessings of baptism.

Posted by Rose Marie Raccioppi at 5:49 AM 3 comments: