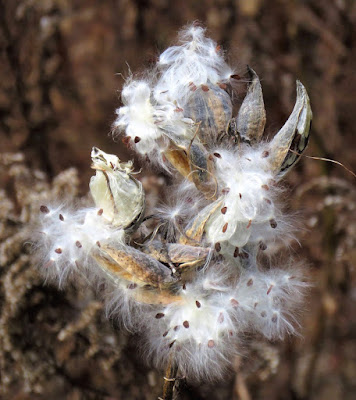 Bloom it Shall...
Seeds held gently by the glory of light
Soon to be taken by winds in flight
Milkweed seed held in nature's embrace and call
Bloom it shall, when upon Earth it comes to gracefully fall
In celebration of the NOW and days yet to come
Creation's will, creation's will, thy will be done.

Posted by Rose Marie Raccioppi at 12:25 PM No comments:

What was IS...as the Inspired Spirit of BEING...
sings he the light, the soaring of the soul,
the harmonies of the heart,,,
and we are touched BEING to BEING.
BRAVO!!
I listen, I feel, and the heart holds tears
and the the soul sings the splendor
and tears become the rivers of grace.


But the morning is a clear one
There's a smell of wine amidst the fields
I dreamed of you and now
I still see you there
Oh, it's so much nostalgia
Frescoes1 show the hill
I cry, what a madness it is
To go away later


And this heart is singing
A sweet melodrama
It's the hymn of love
That I'll sing for you
It's a melodrama that
That I sing without you.

Posted by Rose Marie Raccioppi at 5:32 PM No comments: 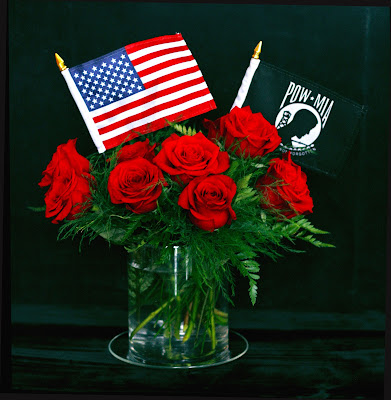 Saturday, November 11
Veterans Day 2017 in United States of America
And this in Tribute to a Veteran that has served countless other veterans over an exemplary record of service for the last 30 years...

In Honor of Jerry Donnellan
"Rockland Veterans Agency Director, Jerry Donnellan, has announced his retirement — well, to the extent that Jerry can retire. We fully expect Donnellan to continue advocating for his fellow veterans, and welcome his rabblerousing on their behalf.
Donnellan, who has served at the agency for three decades, leads by example. He tells of his own catastrophic injury — riddled with shrapnel, a leg blown off in battle during the Vietnam War. He frequently discusses personal and ongoing struggles with post-traumatic stress. He has worked closely with the U.S. Department of Veterans Affairs but has called out its shortcomings loudly and repeatedly.
Donnellan, 70, has done much to make sure local vets are remembered and properly honored. He worked for years to get notification from the VA when a servicemember returned home. He helped establish FAVOR, which stands for Find and Assist Vets of Rockland, which provides discounts from local merchants. He helped establish the county's Public Service Medal to honor those who served in Afghanistan, Iraq, or as part of the global war on terrorism. These and similar efforts, though, were also about connecting with local veterans who may be wary of government. That way, his office could provide support and advocacy now or whenever it was needed.”
The Journal News. http://www.lohud.com/…/06/07/veterans-thank-jerry/377080001/
These Words Delivered in Loving Tribute... for it was the vision held by Jerry Donnellan that these words were made known... Camp Shanks Memorial, 70th Anniversary and V-E Day. at the Piermont Pier, Piermont, New York

To Honor Those Who Lived a Cause
Flowers and flags in devoted array
A loving tribute in homage this day
To honor those who lived a cause
This moment, this day, and so a pause
Hearts and souls in valor known
Right Intention and devotion shown
Battlefields of victory and plight
Through all beheld freedom’s light
Answered they did to liberty’s plea
That freedom be held for a you, a me
Sons and daughters, husbands and wives
Children of purpose have given their lives
The breath of freedom an endowment divine
Bequeathed to life yours, life mine
With valor and sacrifice they gave
And embraced the call yet to be brave
In memorial and reverence gather we
For held be the right that we live free
Memory of each life gone never to fade
Live we life’s blessings for sacrifice made. 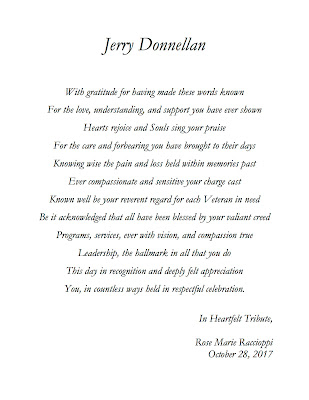 Posted by Rose Marie Raccioppi at 8:16 PM No comments:

YES, this night past... a dream... ever so real... as in moons gone by and this day present... Celestial Sea 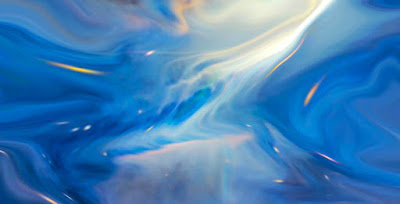 Once again in flight across vistas near and far
Embraced by the light of the sun and a distant star
Upon a magical cloak of white
Traveled I through the night
And as the dawning came to be
I above the cresting waves of a celestial sea
Hearts across the horizon rise in praise
And I swept in the joy of awakening days
People of lands above mountains high
Sing their soul’s song to the intrepid sky
The harp song of the wind is heard
Be this the adoration of the WORD
A silent melody of love and lilting grace
Within my heart this soaring I to place
Heart’s chambers in pulsing passion divine
Awakened, awakened to the NOW of self and time
And as I record this dream awake so lovingly known
Blessed be the light, the light so brilliantly shown
We to sing as a chorus of divinity, peace and love
Blessed be the souls of Earth and the heavens above.

Posted by Rose Marie Raccioppi at 6:01 PM No comments:

In the Embrace of the Warming Sun… 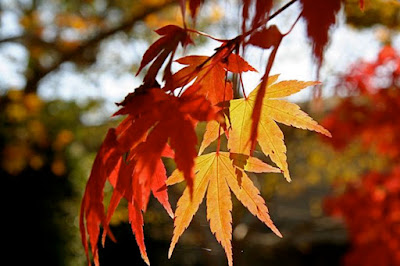 The offerings of this day onto thee
Brilliant be the sun on the towering tree
Gems of color in glorious array to behold
Crimson, gold, russet, emerald, amber, Autumn’s story told
Birds in flight, their sweet song now be heard
Known be Creation’s Love, Creation’s WORD
Fluttering leaves to blanket the ground
As above, so below,  gifts of grace be they found.

Posted by Rose Marie Raccioppi at 11:55 AM No comments: