threads of sound woven with light and love
the sounding of the seas and the heavens above
hear I the vision within heart
from which change, beauty and truth have their start
tender and with strength of soul
a knowing quest, an inspired goal
all seasons and vistas of grace
"The Moldau," within my BEING I place. 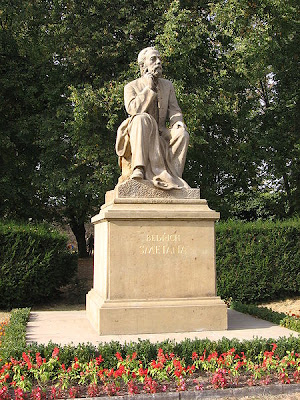 Smetana still looking out on his Czech lands. (Wikimedia Commons)


Bedřich Smetana (Czech pronunciation: [ˈbɛdr̝ɪx ˈsmɛtana]; 2 March 1824 – 12 May 1884) was a Czech composer who pioneered the development of a musical style which became closely identified with his country's aspirations to independent statehood. He is thus widely regarded in his homeland as the father of Czech music.

Labels: being, Smetana, The Moldau

...listen along with me... When In Faith 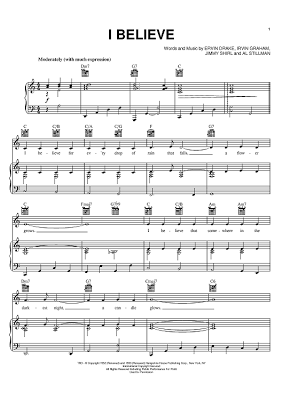 I believe above the storm a smallest prayer
Will still be heard,
I believe that someone in the great somewhere
Hears every word,
Every time I hear a newborn baby cry,
Or touch a leaf, or see the sky,
Then I know why,
I believe.

Every time I hear a newborn baby cry,
Or touch a leaf, or see the sky,
Then I know why,
I believe.

From Wikipedia:
"I Believe" is the name of a popular song written by Ervin Drake, Irvin Graham, Jimmy Shirl and Al Stillman in 1953.
"I Believe" was commissioned and introduced by Jane Froman on her television show, and became the first hit song ever introduced on TV. Froman, troubled by the uprising of the Korean War in 1952 so soon after World War II, asked Drake, Graham, Shirl and Stillman to compose a song that would offer hope and faith to the populace. In addition to Froman, "I Believe" has been recorded by many others, and has become both a popular and religious standard.
.. and so by Tom Jones... https://www.youtube.com/watch?feature=player_embedded&v=Sv3A_ABxZLQ

Labels: I Believe, she did sing, THE WORD, when in faith

I listened and heard  a timeless call resounding...

Posted by Rose Marie Raccioppi at 9:01 PM No comments:

The Artist ~ In Dedication to my Son... 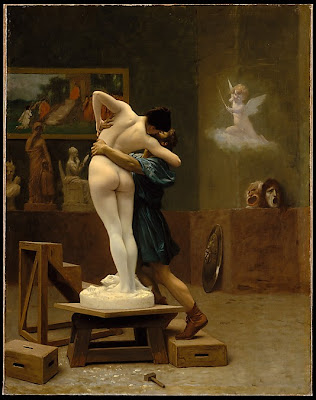 a purpose defined
aligned be the heart the mind
intent and action and so a plan
do what one must what one can
with valor and bold focus to reveal
what is illusion what is real
and so entered is the arena of life
to hearken to truth and beauty beyond strife
to hold to purpose and soul's vision clear
to breathe creation's breath banished of fear
to capture structure, line and grace
and upon paper, canvas, clay, expression to place
to bring the gift of heart and hand
to God's ever loving command.

"Late in his career, Gérôme turned to the medium of sculpture. Between 1890 and 1893, he executed both sculpted and painted variations on the theme of Pygmalion and Galatea, as the tale is recounted in Ovid's "Metamorphoses." All of those works depict the moment when the sculpture of Galatea was brought to life by the goddess Venus, in fulfillment of Pygmalion's wish for a wife as beautiful as the sculpture he created. " Metropolitan Museum of Art, New York, New York, USA.

Posted by Rose Marie Raccioppi at 8:07 PM No comments:

through barren branches wind's melody is heard
chimes in choral accord sing sweetly
wolf moon cloaked in light
sounding sounding be the night.

Freedom Be the Call 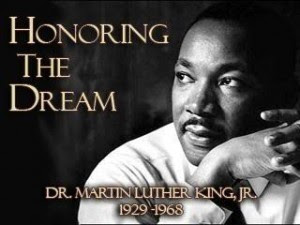 Freedom Be the Call...

The ravages of suppression
Known and heard
So from the heart of Freedom
Came each word
Declarations so marked
To portray
That man free of oppression
Be the chosen way
In Freedom’s light
And with Freedom’s call
Dignity of expression
A right granted all
And if with doubt
And query new
A forum open
For a challenged view
Hold these words
As Freedom’s choice
Let not TRUTH be a silenced voice.

Posted by Rose Marie Raccioppi at 12:03 AM No comments: 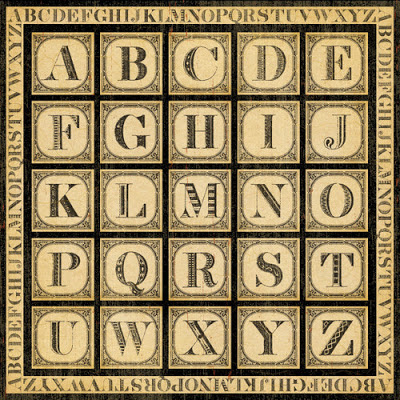 Posted by Rose Marie Raccioppi at 11:16 AM No comments: